One of the branches that was based in Skipton, Yorkshire, decided to set up a dedicated factory in Birmingham to take advantage of the demand for badges and medals to sports clubs especially the Football Association clubs. By this factory was too small and the company relocated to Regent Street Works. The range of products also widened to include sporting cups and trophies, Insignia for Associations, Civic Authorities and National Governments, emblematic jewellery including cufflinks, tieslides, brooches, bracelets, pendants, necklets, silver and gold wear including coffee pots, dishes, commemorative and collectors pieces, medallions, medals and museum replicas.

In a branch was opened in Manchester initially to do enamelling as it was quite impossible to get staff in Birmingham due to labour shortages in the motor industry and other booming Midland industries. The Manchester branch grew to become the centre for the design, development and manufacture of plastic badges. Today this factory produces the widest variety of plastic name badges in the country, and is determined to maintain its place at the head of the competition by continuing to improve its products and techniques, the skills of its staff, and the services offered to its customers.

It is so true that we never appreciate what we have till it's gone, and the loss of the Golly is the loss of another piece of childhood and our national identity. I hope that there is a campaign to save our Golly and a massive increase in your sales.

If you were really smart business people you could make a fortune from 'Goodbye To Golly' merchandise. I know I would buy some for my family, so please consider doing so. I don't think it would be cynical at all, just giving us all the chance to say farewell to a beloved friend. Please don't listen to those who would denigrate and despise the Golly, normal, ordinary British people love him for who he is, he represents only himself and a splendid company. Good luck in your new venture, but don't forget it isn't always young people who dictate what we buy.

It is with great sadness that we note the demise of the Robertsons Golly. Breakfast will never be the same again. Yet more than 20 million badges etc have been collected over the years. Gollies should be an integral part of childhood along with teddies and dolls prams and rocking horses.

The end of another era. After decades of giving pleasure to generations of adults and children, Robertsons have decided to replace him with Roald Dahl characters. I am among a group of dedicated Golly badge collectors who are disappointed at Robertson's decision to drop him from their marmalade jars after 91 years. The author of this letter is Ian Craig. It was first published in the September Badger newsletter. Ian Craig is known to many collectors for producing A Badge Collector's Guide as far back as the mid 's, the forefunner to Colin Dodds' checklist.

But his name is probably most well known as the designer of the much sought after, limited edition, Robertson's Collector fruit badges. I have no idea where I was when I heard the news that John F.


Kennedy had been shot. I do know I was enjoying a teenage snog on a balcony in Mablethorpe, under a romantic seaside sky, when mankind took his "giant leap" on the moon. Certain things punctuate your life. Like, on the 23rd August , a large 7" x 8" full colour picture of the Golly Golfer in The Times, no less. The loss of Golly is not a great tradgedy. It's not as bad as Paul leaving The Beatles.

But it is a very significant event for those of us who subscribe to this publication, coming together at Swopmeets, chatting and speculating about future Golly Brooch issues. Whether you love him or hate him, I defy anyone to tell me that "Tade Union", "Song" or even "Butlins" badges ever raised the same level of passion among readers.

I remember during the 's writing a "final" article, one of many! It would more likely be that children's habits change. They think differently than "we" did. They are taught to be more sensitive of certain issues, and then they go out and purchase computer games whose characters boast cup-sizes beyond Jayne Mansfield's wildest dreams.

And, according to Robertsons, that's simply what has happened. But it's not the full story is it? I can't remember seeing a child eating jam sandwiches for packed lunch during my 27 years of teaching. I can't remember seeing a child wearing a Golly Brooch since I became a serious collector c. It wasn't children who shared my obsession in the mid 's, or who now establish a proliferation of Golly web sites at the turn of the decade. It was adult collectors, who first found a common meeting place in the pages of The Badger.

And I think it has been a breakdown in communication between Robertsons and collectors and among collectors themselves , which has hurried the Golly's demise. Of course the real surprise is that it should happen at this moment in time. It seemed recently that Robertsons were investing more in the Golly. During this time frame we'd also had the limited editions "Millennium", "Gollympic Games", presented in a fusty old family bible for reasons which escape me , "Golly's Diary", same box but better reasoning , and "Farmer".

It wasn't the most opportune of times to be issuing a Farmer was it it? But they weren't to know. 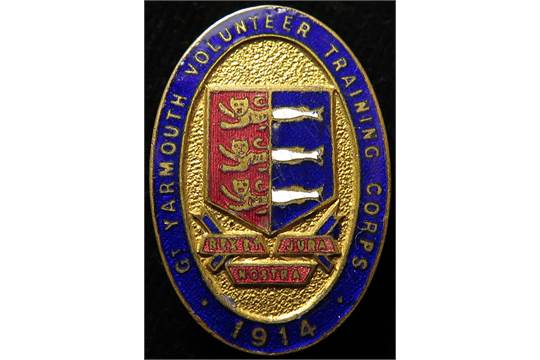 Criticising these items, the two box sets almost converting me to an acrylic Golly fan overnight , is not pointless. But think for a while on how you heard about them? Who told you they were available? Had the Golly Information highway of the 's become a secret society? Did you have to be "on the Net"? Long after they were sold out I would hear from collectors who didn't even know these limited editions had been available.

And yet I remember so well how exciting it used to be the actual "point of sale" seeing the Commemorative Range on the labels, and Ali Jam Jar on the lids. Communication had broken down.


Okay, but at least put some text on there. Tell me when a new badge is coming out. The "will I won't I get one" syndrome caused some Golly Junkies more stress than pleasure. Enthusiasms can wane, and if I'm honest, mine was.

Nevertheless, even though I think the box sets were an attempt to cash in one the sadly lucrative Golly market, not the proper domain of a company operating a loyalty scheme , I can only praise Robertsons for the substantial output we've had starting with the excellent Musician brooch range. On the very rare occasions when I've spoken on the phone regarding any of these issues they were never less than extremely helpful.

Although it doesn't make popular reading I would level more criticism at certain trends among Golly collectors. High street magazines encourage an emphasis not on the passion of collecting on profit and investment.

But that's a different kind of fascination than that which brought many of us together in The Badger's "Robertson's Round-Up", Colin Dodds first booklets, and later a stunning exhibition in Paisley They weren't intended to be badges. They were intended to flicker with the pages of a book through your imagination. Like their illustrations suggest, never quite tangible. The whole point about Golly is he was a badge. Almost from the first he was conceived as a beautiful metal, enamel brooch.

From the moment Miller's original "Jolly Golly Golfer" saw the light of day, all previous incarnations in tin, bakelite, or on price lists, were rendered null and void. Badge collecting without the "King of the Badges" is going to seem very strange indeed. So, will he make a comeback? Imagine the controversy that would raise after so public an announcement on his retirement. Money brings back Freddie Kruger. It even once persuaded Connery to revisit Bond.

But the Golly is gone. I would wish Golly a very happy retirement. I would hope he now find time to dust off the old green guitar he was carrying around when I first met him, and chills out a while.


We learned a lot about him when he was here, from myself, then Colin, then Jerry , but now that Golly has finally "left the building" it's strange he remains such an enigma. The author of this article is John Manley. If you have any information or feedback for John please email him directly. There are several sources which give information on badge manufacturers.